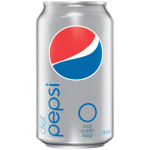 Updated 29th of September: Yeah…this is not true! shit!! Pepsi is not thinking out of the box. They are just like everyone else. I have been punk’d. The Onion is a satirical news site that makes fun of everyone and everything. And i thought it was true…well, i hoped so….that would have been very refreshing and interesting. But I still like the idea…Thanx Peggy for this information

This is the story

I love companies who are able to think outside the box. That’s what Pepsi is doing now. They are breaking down old fashioned ways to promote their products. That’s cool.
PepsiCo CEO Indra K. Nooyi says to the Onion (an online magazine); “Frankly, it just feels sort of weird and desperate to put all this energy into telling people what to drink. If they don’t like it, then they don’t like it.” So why waste money on advertising? They’re going to save 1.3 billion dollars per year – that money will be spread among various charitable organizations, and into bonuses for the company’s employees. So no more expensive tv adverts or campaigns – and no more Super Bowl stuff.
I wonder if this is too brave?! Yeah there are ways to be smarter and more effective with money – but you have to engage with the consumer – and nothing is for free. What do u think?
Read the article
http://www.theonion.com/content/news/pepsi_to_cease_advertising